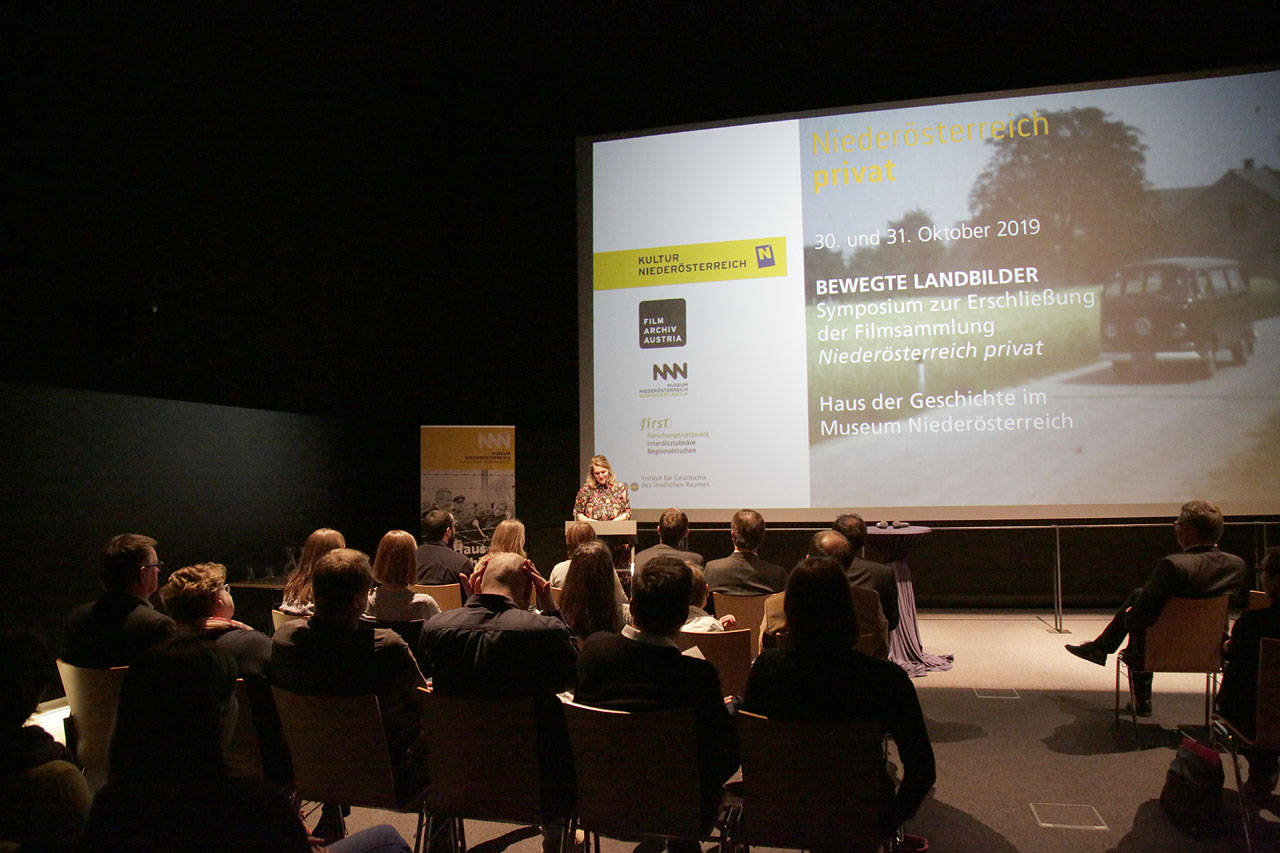 The use of home movies as a historical source is a new phenomenon made possible by wide scale collecting and digitizing. One initiative that focuses on this is Niederösterreich privat (Amatuer and Home Movies in Lower Austria), which was launched by the Lower Austrian Department of Art and Culture in collaboration with Filmarchiv Austria. As a result of its campaign to digitize people’s analog films for free, Niederösterreich privat was able to create a gigantic collection of home and amateur movies. Unlike professionally made films, these movies were not necessarily intended to be seen by the public or by people outside the family or circle of friends. This means that, as historical sources, they must be treated with great care.
Although many of these amateur movies were, in a way, staged or made with a kind of script in mind, they still provide authentic and intimate insights into roughly 80 years of the 20th century. This large collection of movies from different decades also reveals the continuities, breaks, and changes in society, making these amateur movies valuable additions to research projects and exhibitions. They even provide much more vivid and detailed information as sources than photographs.

Period
The largest number of digitized amateur movies in the Niederösterreich privat collection by far is from the 1960s, 1970s, and 1980s. This reflects the growing wealth of the Lower Austrian middle class as well as the spread of non-standard and Super 8 cameras during this period. Although, the most recent films are from the mid-1990s, these are just as rare as those from the 1910s and 1920s.

Research Network
In 2018, the Department of Art and Culture of Lower Austria and Filmarchiv Austria commissioned Forschungsnetzwerk Interdisziplinäre Regionalstudien (Interdisciplinary Regional Studies Research Network) to assemble a team, which since then has been working systematically and in incremental steps to organize the collection and make it accessible to the public. Their long-term goal is to create a database that enables users to easily access the mass of extremely diverse films and be able to conduct targeted thematic searches. Because these amateur and home movies are not only unusual historical sources but also cannot be organized according to the usual film categories, creative and customized solutions are often needed to catalogue all of the material and to make it accessible for scholarly and cultural projects in the near future.